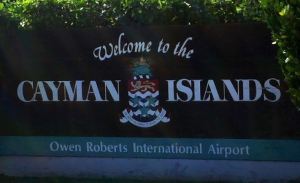 An executive’s estranged wife will sue her husband in federal court. According to the wife, he was involved in a fraud to obliterate a financial services company, and was hiding assets from her in the Cayman Islands.

The couple married in 1989, before the husband became a hedge-fund executive who made at least $40 million on Wall Street.

When the couple’s relationship soured, the husband filed for divorce and sued his wife in 2010. The wife then began to uncover her husband’s suspected fraud, and the lawsuit stated that he started to move his assets into undisclosed accounts as early as 2005. These accounts were sealed off from his wife and the White Plains State Supreme Court, where the divorce was being processed.

The wife claims that her husband’s wealth was illegally acquired. She states that he and his partners devised a scheme to eliminate a financial services company based in Toronto, and to make money short-selling its stocks or betting on it to lose. The Toronto-based company sued the husband and his company in 2006, alleging that they had been “bear raid” victims. Although the husband and his company were dismissed from the lawsuit later on, it still has not been resolved.

In the wife’s own lawsuit filed in the White Plains U.S. District Court last July 9, however, she stated that her husband played a key role in their ploy. The lawsuit claims that in her husband’s quest to amass his fortune, he had marked his career with repeated criminal activity. The wife claims that part of her husband and his alleged scheme involved planting detrimental stories in the media. With this claim, she may be entitled to obtain damages due to the RICO or the Racketeer Influenced and Corrupt Organizations Act.

The husband was served with his wife’s lawsuit, although his attorney called it an attempt to harass his client and increase his client’s costs of litigation for the pending divorce. The husband’s attorney also expressed that he would ask the judge to dismiss the lawsuit, and that he intended to file a Rule 11 motion. This motion may just force the wife to pay for her husband’s legal fees if her lawsuit is deemed frivolous.

In a recent interview, the husband’s attorney stated that he expects the case to be dismissed on the merits that the case is baseless. He also noted that the case was filed a few days after the wife lost custody of her children to her husband.

Both husband and wife recently convened at a hearing, and the judge gave deadlines to the attorneys to file their amended pleadings or motions. The next court date for the case has not yet been scheduled.

As you can see divorce cases are often very complex, especially when high dollar assets are involved. If you need a consultation on divorce and family law matters, contact an experienced family attorney immediately. If you are from the state of North Carolina, call The McIlveen Family Law Firm at (704) 557-0131 or visit their website at http://www.mcilveenfamilylaw.com